New York CPR expert Stephanie Duehring demonstrated the emergency steps that would have been taken to revive Whitney Houston on a recent episode of Inside Edition. Mystery still surrounds the passing of Houston, who was found dead in a hotel bathtub in Beverly Hills on February 11, 2012. Duehring is the national training manager and owner of EMC CPR & Safety Training, LLC, which services clients with CPR trainings nationwide.

New York, New York – February 17, 2012 – New York CPR expert Stephanie Duehring, who is the national training manager and owner of EMC CPR & Safety Training, LLC, made an appearance on Inside Edition on February 13 to show what would have been done to revive singer Whitney Houston. Houston was found dead in a hotel bathtub with her face under water a couple days prior. There has been much speculation as to whether Houston drowned or was already dead from a prescription drug overdose. Houston’s bodyguard was the first to administer CPR, but by that time, it was too late and nothing could be done to resuscitate her.

CPR involves creating artificial circulation by manually pumping blood through the heart using chest compressions. In addition, the rescuer may perform mouth-to-mouth resuscitation. Duehring, who offers New York CPR, AED, First Aid, and OSHA classes, explained to Inside Edition host Megan Alexander that in such an emergency, you would first need to move the victim to a hard, flat surface. She further described that you would place the victim on her back on the floor and start chest compressions in an attempt to get her breathing again. Duehring depicted the process of tilting the head back, pinching the nose shut, and giving one breath and then a second breath. A universal compression-to-ventilation ratio of 30:2 is recommended for adults. 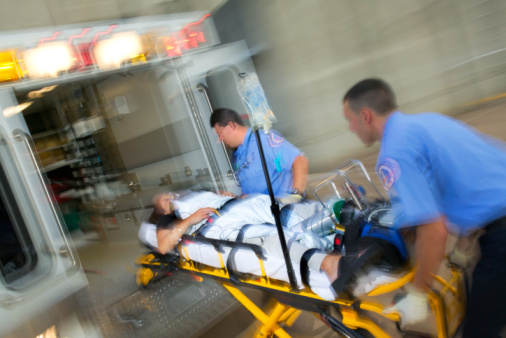 “The unfortunate passing of Whitney Houston brings to light the ever-present need to be prepared to respond in a medical emergency. Learning how to perform CPR is the first and most vital step one can take to give the best chance to an unconscious victim who could be suffering from cardiac arrest,” said Duehring.

In Houston’s case, the CPR came moments too late, but knowing how to perform life-saving techniques like CPR can mean the difference between life and death in other emergency situations. While deeply saddened by Houston’s death, Duehring hopes that viewers of Inside Edition and others who’ve followed news of the tragedy have come to realize the importance of obtaining emergency medical training.