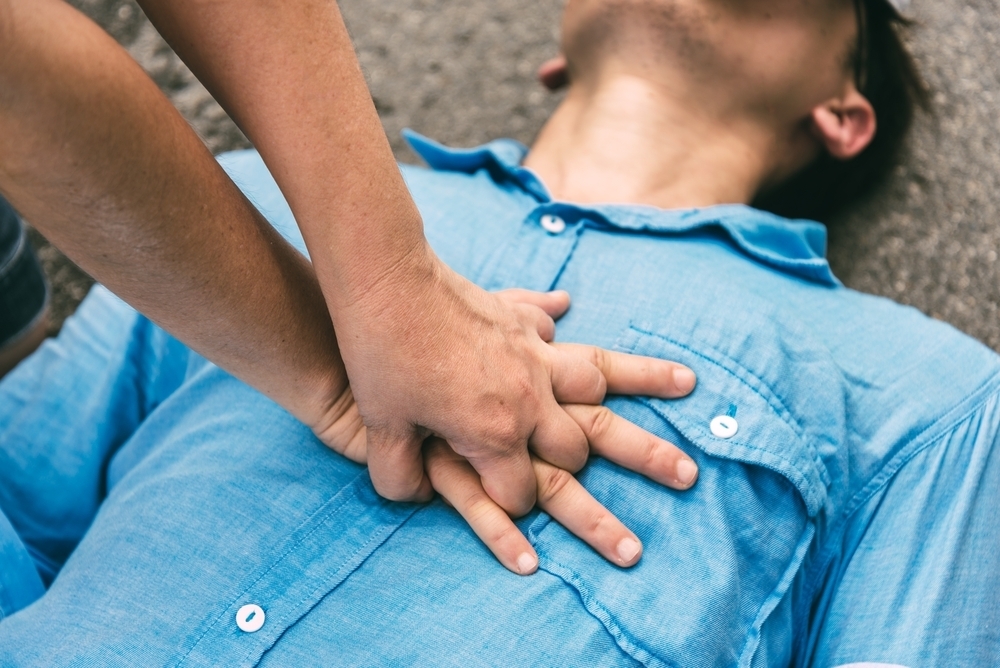 Why Did the Steps of CPR Change from A-B-C TO C-A-B?

Does the thought of putting your mouth on the mouth of a total stranger give you the heebie-jeebies? Even if you’re aware of CPR’s role in saving lives, you may think twice about performing mouth-to-mouth resuscitation because of the fear of getting an infection.

The new C-A-B (Compressions, Airway, Breathing) sequence teaches rescuers to perform chest presses before anything else. But after four decades, why did the AHA implement such a drastic change? There is a lot of buzz surrounding the A-B-C to C-A-B update because it requires anyone who learned CPR previously to get re-educated, but the AHA thinks the pros outweigh the cons.

The Science behind the Decision

In an adult who has been breathing normally, there is enough oxygen in the blood to supply the heart and the brain for several minutes following cardiac arrest. Chest compressions are needed, however, to circulate the oxygen and ensure that it is distributed quickly.

Rescue breaths are thought to be harmful because they require the rescuer to stop doing chest compressions for several seconds. Additionally, rescue breaths lower air pressure in the chest cavity, which in turn slows down circulation, a key factor in resuscitation. If the rescuer does chest compressions first, the victim gains approximately 30 seconds of time in his favor.

When people follow the A-B-C sequence to perform CPR, there is often a significant delay because they spend so much time trying to open the airway, make an air-tight seal around the mouth, or get over their reluctance to do mouth-to-mouth resuscitation. With the new C-A-B sequence, people initiate chest compressions sooner and ventilation is only slightly delayed. The AHA also predicted that the number of people who receive CPR will increase because of this change, since bystanders often balk at the idea of performing mouth-to-mouth resuscitation on a total stranger.

However, the change from A-B-C to C-A-B only applies to adult victims of sudden cardiac arrest. For children and in cases of asphyxial arrest, drug overdose, or near-drowning among adults, rescuers are still recommended to follow the A-B-C sequence.

What Else Is New?

In 2010, AHA’s new guidelines also called for faster and more forceful compressions. They recommended that rescuers compress the chest by at least two inches on each push and perform a minimum rate of 100 compressions per minute.

But in 2015, they changed the protocol for compressions to be between 100-120 compressions per minute. This update was a result of a study which showed the faster rate lead to more cardiac arrest survival to hospital discharge and increased ROSC (Return to Spontaneous Circulation).

In addition, the new guidelines strongly advise 911 dispatchers to guide callers in “compression-only” CPR. Their recommendation that untrained bystanders perform compression-only CPR still stands, which has been increasingly utilized over the past decade.

Since the AHA updates their guidelines every five years, we will keep you abreast of further changes to CPR.

From our website, you can visit other websites by following hyperlinks to such external sites. While we strive to provide only quality links to useful and ethical websites, we have no control over the content and nature of these sites. These links to other websites do not imply a recommendation for all the content found on these sites. Site owners and content may change without notice and may occur before we have the opportunity to remove a link which may have gone ‘bad’.

Please be also aware that when you leave our website, other sites may have different privacy policies and terms which are beyond our control. Please be sure to check the Privacy Policies of these sites as well as their “Terms of Service” before engaging in any business or uploading any information

Next postA GUIDE TO HEART DISEASE AND STROKE IN WOMEN

Aided me a lot, just what I was looking for : D.

Hi there! This is my first comment here so I just wanted to give a quick shout out and tell you I really enjoy reading your blog posts. Can you recommend any other blogs/websites/forums that deal with the same topics? Appreciate it!

Hi Clementina…Thank you for your wonderful feedback on our blogs. For similar content, I recommend checking out those on the American Heart Association and American Red Cross websites.

Fastidious answers in return of this query with solid arguments and telling the whole thing on the topic of that.

Hi! This post couldn’t be written any better! Reading through this post reminds me of my good old room mate! He always kept chatting about this. I will forward this post to him. Fairly certain he will have a good read. Thank you for sharing!